One of the joys of the internet is discovering new and fascinating information about our favorite celebs. But of course, sometimes being famous and having a large social media presence means that you get mean or unpleasant trolls leaving horrible comments. 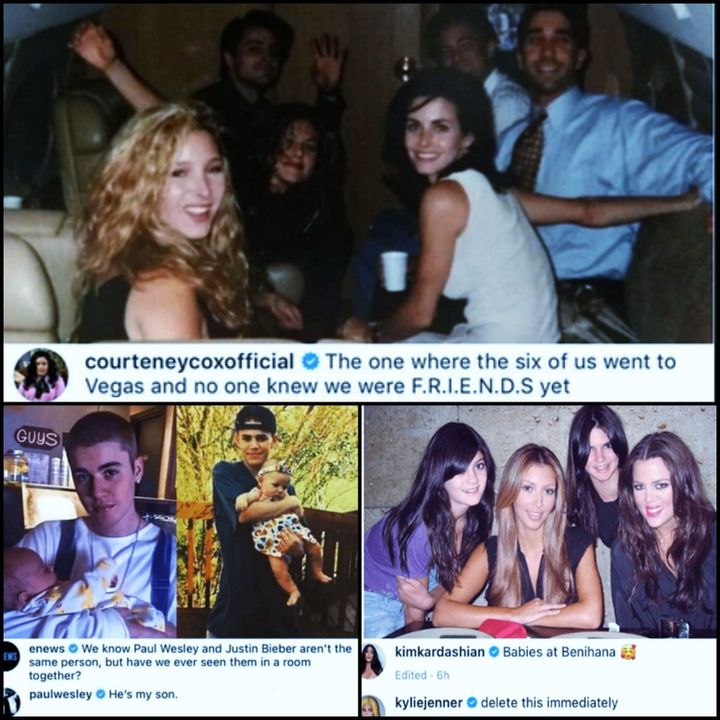 But some sassy celebs won’t take this trash talk lying down—and clapped back in the most fantastic way possible. Let’s take a look at some of the greatest online celeb clapbacks of all time.

This one is so totally hilarious. Because this person isn’t even meaning to call out a celeb or diss anyone—she’s just thinking out loud about her favorite celeb Michael B. Jordan and how weird it would be to shorten his name.

And out of nowhere, comes this comment from his then-girlfriend, Lori Harvey—saying that how can she be expected NOT to shorten it! It’s just so unexpected and hilarious.

We just can’t believe how similar Canadian singer Justin Bieber looks to Stranger Things star Paul Wesley. And we are not surprised that the internet is having fun with this similarity and pointing it out.

But what is just totally beyond expectations, is how Wesley himself responded online to this post. And what’s more, his costar Nina Dobrev got in on the action! It’s just a laugh a minute with these crazy celebs.

In this absolutely hilarious celeb encounter and crossing of worlds, rapper Cardi B took to Twitter to wax lyrical about the fact that former Disney star Olivia Rodrigo released a song about getting her driving license, whereas she herself, a good decade or so older, still doesn’t have one.

Rodrigo’s response? Offering to pick her up, any time of the day or night, to take her to McDonald’s or anywhere else she wants to go. Now that’s love.

No stranger to the world of the internet, especially when it comes to mean or disparaging comments, Kim Kardashian reigns supreme as queen of the online selfie.

She doesn’t care too much about the negative comments, but we bet even so she appreciated this compliment from Selma Blair—one of the stars of the original Legally Blonde. If even Blair’s character Vivian—famously hard to impress in the movie—approves, that just about says it all!

This loved-up anniversary post from Kelly Ripa is super cute, but it’s the response from fellow celeb Lisa Rinna that really makes us lol.

Because 26 years of marriage is for sure a long time, but let’s be honest, it’s even more extra surprising when it happens in Hollywood where celeb marriages are over quicker than some of their movies. We didn’t think Rinna would go there, but she did. Hilarious!

Iconic One Theme | Powered by Wordpress